1: Are We Ready for Deep Collaboration?

Before We Start: The Fundamentals

Deep Collaboration does not teach Cultural Competency or Cultural Intelligence. You need to have a considerable level of self-awareness, history and understanding of the impacts of colonisation in Australia before using these resources.

You will also need an adequate level of understanding and competency of the other cultures and peoples you are working with whether they are First Nations or other multicultural Australians.

RECOGNISING OLD WAYS OF WORKING TOGETHER

Historically, First Nations and other multicultural Australians have often worked together in ways where:

“As an Aboriginal person working with white Australians you get accustomed to certain behaviours and dynamics. You learn to expect and then accept that people on both sides can express their opinion along a spectrum—from being romantically supportive to aggressively resistant.

Somewhere in the middle there will be disinterest and denial. As a result you begin expecting a progression similar to this: you start being fully supported, then mistrusted, followed by being completely de-authorised as expectations fail to be met, and then worst of all, we are often de-legitimised as not being ‘black enough’ to engage communities, and not ‘white enough’ to engage with the dominant system/construct. I can see now that white Australians also face similar difficulties in this space.” Lost Conversations p15 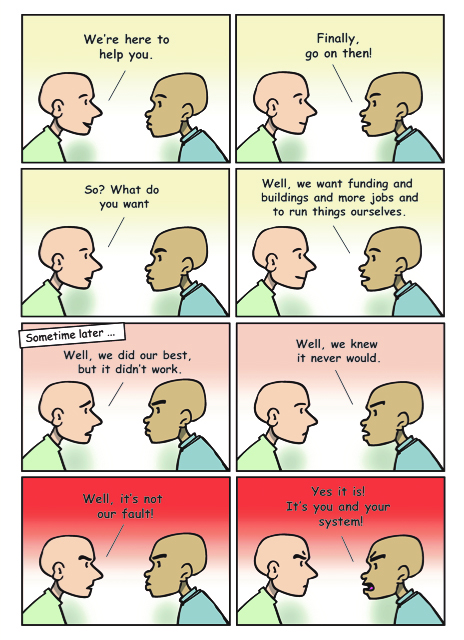 Language is an important part of the work in understanding each other. This becomes more complex when we are talking and listening across cultures and concepts that may not be understood in the same way by everyone in the conversation.

This note on language highlights a few key terms that we hope you will keep in mind as you read through these materials. There is a more detailed glossary available here and as words are used that require an explanation.

Our words and expressions have the power to bring us together or push us away. This reflects many of the old ways that First Nations other multicultural Australians have related to each other. Deep Collaboration asks us to reflect on and change the way we speak and hear.

This includes all Aboriginal and Torres Strait Islander people from across the many nations contained within the Australian Jurisdiction (including land & maritime boundaries).

This term refers to First Nation peoples. Many people prefer ‘black’ to ‘First Nations’ or ‘Aboriginal and Torres Strait Islander’ as a term that includes everyone in this group. Others prefer one of the other alternatives. When it is used, it refers to a person’s identity and not to their skin colour.

Attitudes, behaviours and ways of interacting that show consideration, sensitivity and understanding of First Nation cultures and traditions.

Awareness and knowledge about one’s own history and cultural background.

Use of informal or formal power to help people understand and solve the challenges they experience in groups and systems. It is something we do, not something we have.

This term is used to indicate the differences types of power used between people that can change from moment to moment and across context. It can help us to understand power dynamics and how we can use it for the benefit of the group.

This term is used to indicate: the opinions or positions in a conversation or argument; the informal or formal relationships we have in groups or the community; the feelings present in a group; or the atmosphere created. Each of us have many roles at once, including in our families, in our communities, in our workplaces, and in our friendship groups. This term comes from Sociology and psychology. In Deep Collaboration we want everyone to understand their own and each other’s roles as they change in each moment, so we can talk about them and move into different roles when needed. Key to being able to collaborate is ‘role fluidity’. This when we are able to move into a different role and see things from a different perspective.

This describes a conceptual space where First Nation peoples and other Australians are working together, communicating and interacting.

Power is multi-dimensional and can by exercised by individuals, groups, organisations and systems.  It is not a fixed asset that people possess and how we experience and use it is mainly socially constructed - understood and legitimised through social relationships among individuals and groups of people.

Policies, practices and behaviours of mainstream institutions can maintain or increase advantage for those with Social Power (see below)

In turn, this maintains or increases disadvantage for First Nations Australians and other racial or ethnic groups who hold different types of power. Mainstream Institutions are able to survive and thrive even when their policies, practices and behaviours maintain, expand or fail to address accumulated disadvantages or inequitable outcomes for First Nations Australians.

It is not easy for people to talk about power. It can often make people feel insecure or threatened by someone else’s power or by the feeling they are being criticised for having power themselves.

Many people think of the following things when they hear the word power:

People often do not make good use of their power with others because of the difficulty in talking about it openly. This can stop us working together as well as we could. Power can also change quickly and in unexpected ways, leading to fear of losing what we have.

If we do not trust people with more power than us, we might feel unsure if we can join with them for a shared benefit. If we have power, we might be worried about misusing, sharing or losing it.

The best outcome is possible when everyone uses the different kinds of power they have together for a shared benefit. This can only happen when people have trust and care in a group.

What kinds of power do you have?

Look at the definitions below and think about what kinds of power you have. We all have some kind of power even though we rarely talk about it openly.

Innate and developed skills, traits, experience and characteristics that help us succeed in life.

Rank in a group based on degrees of belonging ie. Popularity, seniority, alliances. 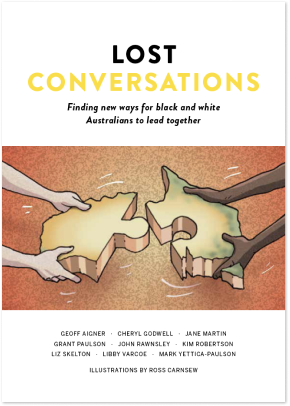 People rarely think of all these different kinds of power. Often, we just think of our position in the community, our job or how much money we have.

When we don’t understand our own power and misunderstand the power of the people we are working with, we usually get stuck with the same systems, the same ideas and same outcomes as we have had in the past. Many of these ideas and ways of thinking come from colonisation. This makes the relationship between First Nations and other multicultural Australians more difficult.

We also need to understand our own power so we can use it carefully. There is a danger that people who are not aware of their own power will say and behave in a way that puts others at real or perceived risk. We need to bring our understanding and use of power out of the shadows and into the light. This way we can make sure it is not wasted or abused. Often, it is easier to see the results of abuse of power than the legacy of wasted power.

“As an Aboriginal person working with white Australians you get accustomed to certain behaviours and dynamics. You learn to expect and then accept that people on both sides can express their opinion along a spectrum — from being romantically supportive to aggressively resistant.” — Lost Conversations p.12

Non-Indigenous Australians can lack an understanding and ownership of the power that comes from being part of mainstream power through race, education and being ‘in the system’. Similarly, First Nation peoples can have less awareness of the power gained from Cultural heritage and resilience.

We both have a legacy that limits our ability to own and use our power for shared benefit. We may struggle with an internal tension - we might want more power, but we also don’t want to look powerful to others.

If we are struggling to own and use our own power then sharing that power with others is even harder to do. This happens between First Nations and non-Indigenous communities and it also happens within these groups.

It is common in Australia for people to feel powerless ourselves and to put all our hopes and criticisms onto formal leaders, like our bosses, politicians, CEOs and celebrities. This means we can feel dependent on these people to fix our problems even though we do not trust them. That is a difficult situation for anyone who wants to use their own power and share it with others for a shared benefit.

Why do Deep Collaboration?

Mark and Jane discuss why Deep Collaboration is important.

When NOT to do Deep Collaboration

Deep Collaboration requires an adequate level of Cultural competency to practice. Please watch these videos and seek further information and education if needed before continuing.

Why do Deep Collaboration?

When NOT to do Deep Collaboration

An Ecosystem of Resourcing for Racial Equity Culture Change work by Curtis Ogden.

The Australian Leadership Paradox: What it takes to lead in the lucky country. Aigner, G & Skelton, L 2013, Allen & Unwin.

Working and Walking Together: Supporting Family Relationship Services to work with Aboriginal and Torres Strait Islander Families and Organisations

1: Are We Ready for Deep Collaboration?

The Deep Collaboration Platform is part of Platform C which provides information and tools on stages and phases of cross sector collaboration to create the conditions for systems change.